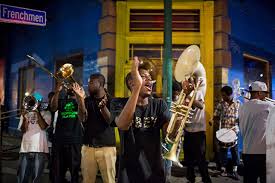 These are just a few of the music venues...consult a guidebook for more options.

Preservation Hall - 726 St. Peter St. http://www.preservationhall.com  Traditional jazz.  45 min shows start at 8, 9, and 10.  Lines start about an hour ahead.  CASH only. No bathrooms, no food or drinks sold, but you may bring in drinks, standing room only.  If you plan ahead, you can purchase "Big Shot" seating. 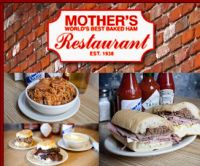 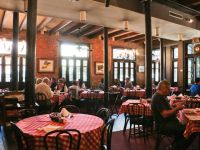 Drugstores near the hotel:

Casamento's - 4330 Magazine St. (504) 895-9761 - This all-tile restaurant has been family owned since 1919.  Raw oysters and the fried oyster loaf.  Take the streetcar to Napoleon Ave. and take a left towards the river.  Magazine St. is about seven blocks down. http://www.casamentosrestaurant.com/main/main.html 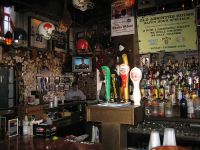 Old Absinthe House - 240 Bourbon St. This bar opened its doors in 1807.  Legend has it that the pirate Jean Lafitte and Andrew Jackson met on the second floor to plan the victory of the Battle of New Orleans. 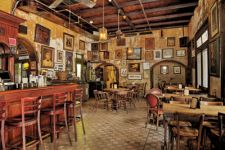 500 Chartres St.  Famous for its Pimm's Cups and muffulettas, housed in a 200-year-old building that belonged to Nicolas Girod, mayor of New Orleans from 1812-15.  Girod offered his residence to Napoleon Bonaparte in 1821 as a refuge during his exile, but Napoleon died before he made it to New Orleans. 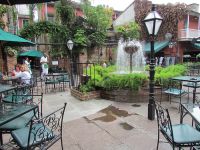 Pat O'Brien's - 718 St. Peter St. Sip a Hurricane in the brick courtyard or the piano bar.

Lafitte's Blacksmith Shop - 941 Bourbon St. This tavern was built between 1722 and 1732 and is considered one of the oldest structures used as a bar in the United States.  The property is believed to have been used by pirates Jean and 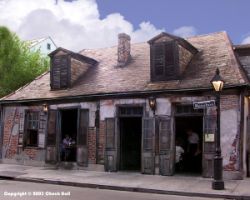 Pierre Lafitte as a New Orleans base for their smuggling operations.